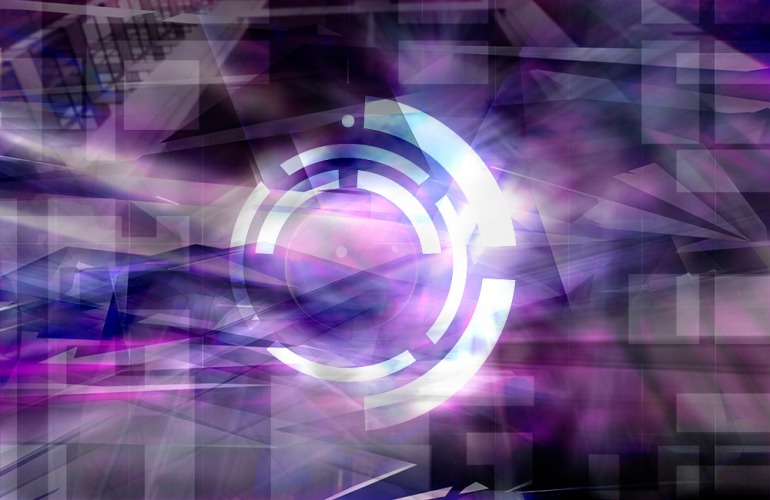 There I stood in the middle of the small village in the northern mountains of Albania. The year was 1996. It was still a momentous time in the history of the small nation. The Berlin Wall crumbled on November 9th, 1989 and with it, the collapse of the USSR; there stood Albania teetering on the brink of a new direction. Students gathered in the center of the capital of Tirana in 1990 and others joined. They wanted a new life, a new direction, a new hope and they protested for it. And then Albania opened. The first declared atheistic state of the world opened its doors and emerged from the shadow of its ruthless dictator of 40 years, Enver Hoxha.

In the mountain village, my team and I had already obtained permission from the local mayor of the town to set up in the central green area of the village. We talked with the villagers as we erected a simple double-sided screen. That evening we were showing the most translated movie of all-time, the Jesus Film. The night showing was in the Albanian language.  My team of college students were hopeful to share with the people and stay in the village for the next week or longer, if possible.

As the sun dropped behind the large mountains of the north, the time was getting nearer. All around me there was activity and excitement and many of the villagers were finishing their day in the fields and homes and joining around us. And then I heard some commotion. There appeared to be a heated debate. Raised voices, some yelling, and an argument was becoming the focal point there on the grass. One of my Albanian teammates came up to me and told me what was happening.

The local Imam was having a vicious argument with the mayor. His threats were serious and although I had permission from the mayor earlier in the day to show the film, the mayor himself packed up his stuff, got on his cart and bid me and my team a generous farewell for the evening. His permission was thence revoked – in its place the next order of authority – the local Imam.

When Albania opened, they opened fully, allowing all in – both Muslim and Christian alike. All evidence of religion was wiped away during the Hoxha atheistic rule. Thus, many a mosque and church were erected when the doors opened in this small European country.

Like many places before on Earth that have been the battlegrounds of religious violence, ancient Illyria is no exception. This too was a place of contestation, a place where life was lost from shed blood – an ancient pagan peoples become Christian and then in the 15th Century a conquered people become Muslim. With so many years of religious experience, it was no small feat to transform the society in the mid-20th Century into an atheistic state, sending all remnants of religious adherence underground as buildings, monuments, and anything religious was destroyed.

I was told that less than 6 Albania people in country were Christian when it opened. I don’t know if that is true but what is true is that the Albanian people were held back from actualizing their true potential all based on the notion of atheism through Communistic dictatorship for 40 years.

The Imam approached me with zealousness in his eyes. His words were loud and they were directed at me. My Albanian team told me he was threatening my life and that if I showed the film, he was going to come back and shoot us with his shotgun. I protested. I said there was nothing to fear from this film and didn’t even his scriptures acknowledge Jesus? I had the permission of the mayor, even if withdrawn, and the village people were gathering, wanting to see the film. Why was he blocking it?

The argument intensified and so did my passion. However, from the edge of the green there came another commotion. This time one of my teammates was involved. The Imam had already stormed away readying himself to realize his threat – no doubt if he failed to do what he said, his reputation would be lost. He must have felt we were a real threat to his leadership and way of life – I felt like we were allowing people to make up their own minds. I was determined to show the film and risk an encounter.

The second commotion, I came to find out, was generated from another villager. The village man told my teammate it was true that the Imam would kill us and that just last week the nearest village on the next ridge stabbed a Dutch Christian missionary and stripped his clothes naked as they literally kicked and stoned him out of town. The village man reasoned for peace, for tolerance, and for our safety with all passion he could muster. He offered his protection and his hospitality. He offered his besa.

The Albanian besa. What a beautiful thing.

We agreed to go with the man offering his besa, but I didn’t know what it meant – my Albanian teammates did though.  The man urged us away because, by giving his besa, he now was between us and the Imam – he was putting his life on the line for us, the strangers. We packed up our things, explained we were sad to not show the film that many had gathered to see, and said our farewells. I was pretty upset about the whole thing and my teammates prayed and helped me along as we walked from the green to the man’s house down the mountainside through narrow village streets.

He explained he would take care of us. He explained, his home was our home. He said, anything we wanted he would get it for us. He even said he would ask many village men to stand watch all night long to protect us. And that is what he did.

We met his family, talked about life, broke bread together and stayed safe all night long as he gave us all the comforts he could. It really was remarkable. He opened his home to us, complete strangers, with no strings attached. The Albanian besa.

Was it just coincidence? Was it just a thing for this village? No, the besa is an Albanian tradition. It is their code to walk by honor and duty and hospitality. It is welcoming the stranger – it is the Albanian besa.

A recent article by the BBC explains another encounter with the Albanian besa through eyes of the refugee exiles flooding into Albania and Macedonia during the Kosovo-Serbian conflict.  I saw that flood and its aftermath first hand in 2001 when I went to Kosovo. The BBC article asks what can be learned from Albanian trust?

I echo that same question for us as well, what can we learn from the Albanian besa that promotes peace instead of conflict?

Three things I would like to highlight about the Albanian besa that move us toward peace:

Ultimately, I found eternal peace in my relationship with God through Jesus Christ. But not everyone agrees with that and I am ok with that because I value others opinions and thoughts. I have friends from all walks of life and I pray for them. I don’t know how good I am at welcoming the stranger, putting others first, and promoting real community, but I hope to improve. In a sense I hope to engender more Albanian besa.

In is natural that we won’t always agree with others and we won’t always think the same as others. But what if we welcomed the stranger, put others first, and  worked to create real community? What would our world in 2050 look like if we did more of that?

There are clear links between what I’ve drawn on between Albanian besa and what the Bible discusses on these topics. If you are interested, here are a few links in that direction.